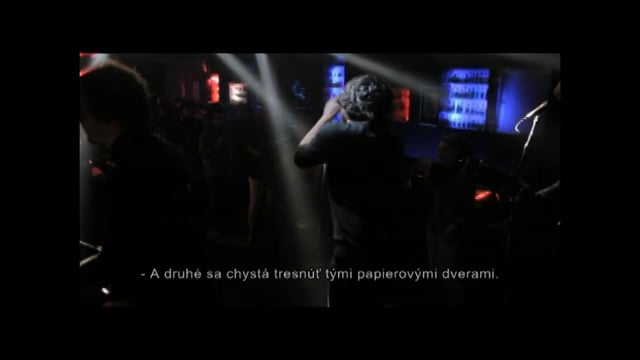 Documentary ‘travelogue’ capturing musicians in their thirties, who decided not to ‘mature’. Generation defining portrait of a band departed for balkan tour to find out whether their lives were not just a ‘game’.

It appears they have nowhere to advance. Slovak alternative formation The Swan Bride performed in prime-time on the biggest musical festivals, toured around the country several times, even had their single on top chart of alternative radio station Radio_FM. Nevertheless, questions without apparent answers start bothering band members and atmosphere gets nervous. The image of Slovak culture, not confined to mainstream and unable to claim cultural grants is a severe test for talented musicians who are not willing to compromise their dignity and adapt. The last resort is an escape - a crazy voyage to eastern Europe - a catharsis.